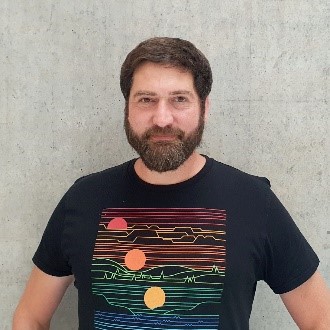 (male, CTO at C5, first-time participant to FET under Horizon 2020)
Graduated in 2008 from Ruhr University of Bochum in Physics (BA Biology/Mathematics 2006) in the field of ultrafast condensed matter spectroscopy of semiconductors. After receiving his PhD in Physics in 2011 studying the ultrafast dynamics of electron spin’s in wide-gap semiconductors he continued his work until 2014 as a post-doctoral fellow in Bochum. From 2014, Heye joined the Material Sciences Division at the Lawrence Berkeley National Laboratory awarded with DFG fellow scholar ship to work 2D materials exploiting a self-designed, high-repetition rate table EUV/soft-Xsource measuring the temporal charge carrier dynamics directly in momentum space. Heye continued his endeavor in EUV/soft-X-source development joining the Class 5 Photonics GmbH EUV team in August 2018.

This website uses cookies to improve your experience while you navigate through the website. Out of these, the cookies that are categorized as necessary are stored on your browser as they are essential for the working of basic functionalities of the website. We also use third-party cookies that help us analyze and understand how you use this website. These cookies will be stored in your browser only with your consent. You also have the option to opt-out of these cookies. But opting out of some of these cookies may affect your browsing experience.
Necessary Always Enabled
Necessary cookies are absolutely essential for the website to function properly. These cookies ensure basic functionalities and security features of the website, anonymously.
Analytics
Analytical cookies are used to understand how visitors interact with the website. These cookies help provide information on metrics the number of visitors, bounce rate, traffic source, etc.
SAVE & ACCEPT